The Bianchi family business was established in 1907 when Ettore Bianchi, a former sales agent for several silk firms based in Como, decided to set up a company of his own.

The company has since developed in leaps and bounds and taken part in many fairs and exhibitions, expanding in size and hiring ever more staff to become a global leader in the silk industry.

Bianchi fabrics have been put to all manner of uses, from furnishings in the White House to vestments for the Pope and stylish exclusive ties designed by world-class stylists. The silk factory also produces the official silk Italian flags.

Over a century old, the company is now run by the fourth generation of the Bianchi family.

The company’s strategy for the future is to face the increasingly competitive market with the single means at its disposal: quality, flexibility, creativity and innovation. It is fortunate to have an enthusiastic and skilled team that has, on the whole, been trained in-house according to time-tested tradition.

Seteria Bianchi extols the age-old tradition of silk weaving in the Como district. Silk production in Como dates back to the 16th century when “Il Moro” Lodovico Sforza, the Duke of Milan, introduced mulberries and silk-worm breeding to the area.

Silk-weaving on an industrial scale began in the mid 18th century. The entire process, from silkworm breeding to weaving, was taken up in the Como region at the same time through to the early 20th century, although the area was to be best known for its silkworm breeding and spinning, while Lyon and other European towns (Zurich, Krefeld) were to become more famous for the weaving of silk. 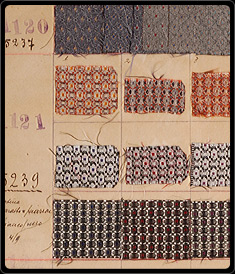 After the Unification of Italy, Como entrepreneurs concentrated their efforts in this field and in 1866 a silk-works was set up at the local Technical Institute.

Como’s importance as a textiles and silk hub grew during the twentieth century and particularly so after the Second World War.

While other silk industries around Europe scaled down or vanished altogether, Como went from strength to strength and became the Silk City par excellence. 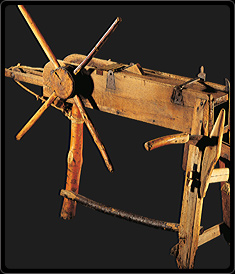 In the 1990s, Como too was forced to scale down due to increasing competition with emerging countries, not least China; the production of silk in Como, however, stood out above the rest in terms of quality, creativity and service.

Seteria Bianchi is a leader in this respect and can boast research at an outstanding qualitative, technical and stylistic standard. Moreover, it can count on the support of what could be called a unique, all-rounded local industry.