In 1992 Dr. Ettore Bianchi, with his passion and expertise in silk weaving, together with his daughter Anna, who had graduated a few years before at The Art Academy of Brera (Milan), dared a fusion of their passions and competences to produce works of art in yarn-dyed jacquard silk fabrics.

Thanks to the new electronic technologies applied to jacquard machines, this dream could be realized and, by using an innovative technique different from either lithography or serigraphy, we began the production of textile “paintings”, that is to say multiple works of art, signed by well-known Italian artists.

Dr. Bianchi and his daughter, who was still in contact with her teachers at the Art Academy, met Master Luigi Veronesi who, despite his age, was always eager to experiment new techniques. He was immediately excited by our proposal and he authorized the reproduction of four of his works; the original works were black and white, but they were reproduced in size 28,5 x 20,3 cm in colors, under the guide and supervision of the Painter.

In this way we created the first multiple works of art produced in silk fabric with a technique similar to tapestry, but by using a completely innovative technology. 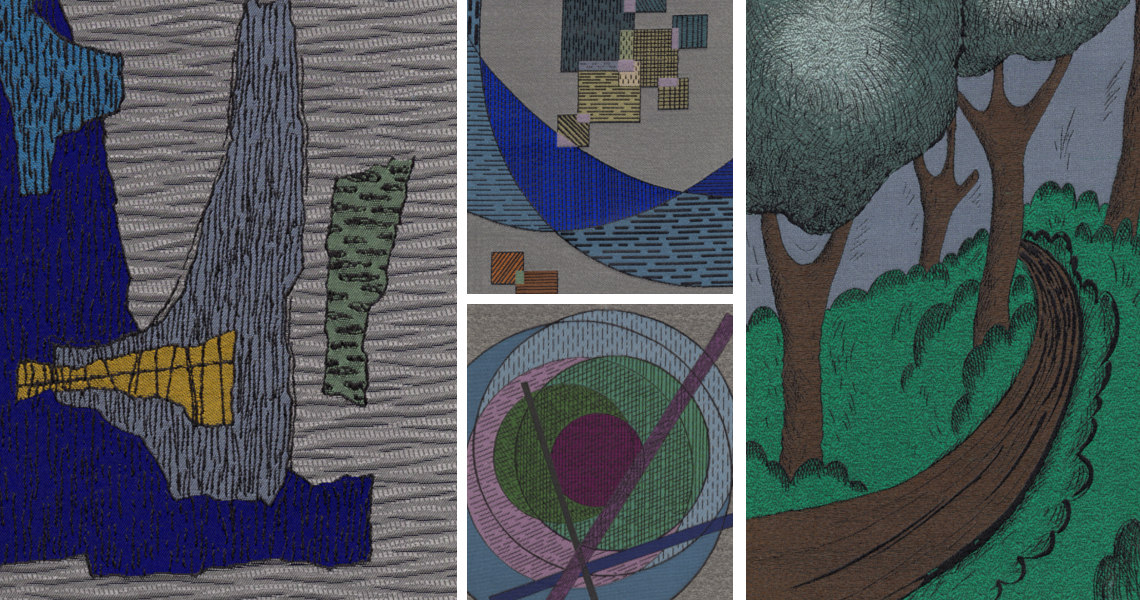 These first works were followed by a work of art by Alberto Burri, in a similar size. In the following years, we realized more ambitious projects, in cooperation with Aligi Sassu and Salvatore Fiume. These painters not only allowed and authorized the reproduction of some of their existing paintings, but also decided to propose originals expressly conceived to be produced in jacquard fabric. This led to the creation of works in bigger sizes such as “I Cavalli di Helios” (“Helios Horses”) by Aligi Sassu and “La Ragazza di Bali” (“Bali’s Girl”) by Salvatore Fiume, in the size of 70x60 cm, followed, after a few years, by the even larger (140x70 cm) “Ofelia” by Aligi Sassu and “Pianeti che attendono” (“Expecting Planets”) by Salvatore Fiume 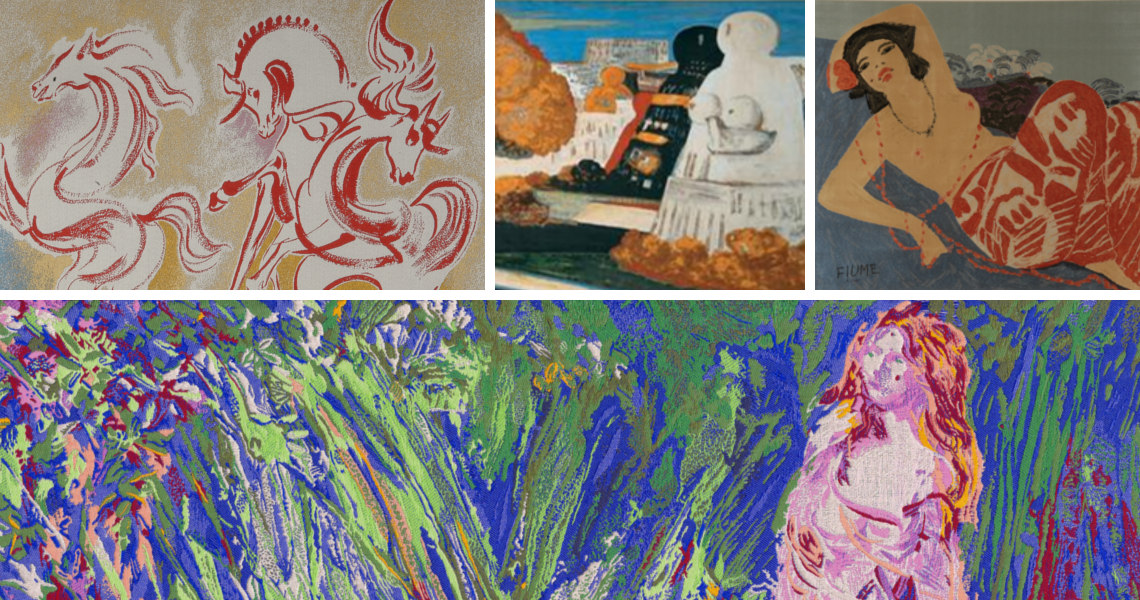 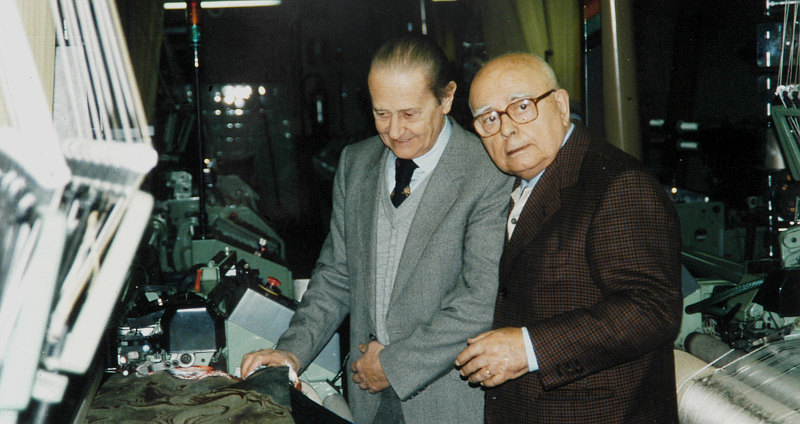 Our last multiple work of art (for now) was produced in 2013 under the supervision of Anna Bianchi, without Dr. Bianchi, for the celebration of the centenary of Salvatore Fiume, in cooperation with the Fiume Foundation; on this occasion we realized a challenging picture named “Le Tre Grazie”, in size 130x100 cm, whose original is exposed in the Palace of Regione Lombardia in Milan. 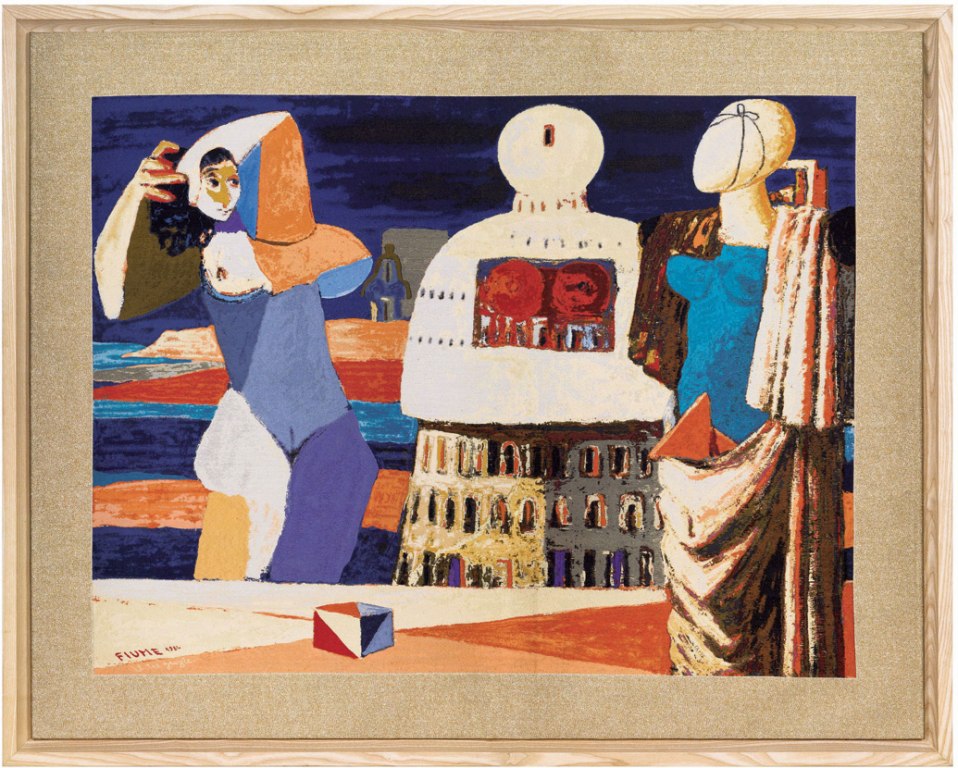 Several “mini-tapestry” works were produced by Seteria Bianchi over the years, even without the cooperation of Masters of Art: a reproduction of the Russian Icon “Madonna of Iver”, commissioned by the Chamber of Commerce of the Russian Federation, The Dedication of the Basilica of Galliano by Ariberto di Intimiano, which is a reproduction of the fresco that can be still admired in the Church of Galliano in Cantù, as well as some other works, sometimes produced for promotional purposes, such as some views of Lake Como and some panoramic images like the Bell Tower of Ossuccio (on the lake) or the “Lucia” (the typical boat of lake Como), but also views of Capri and the Faraglioni. 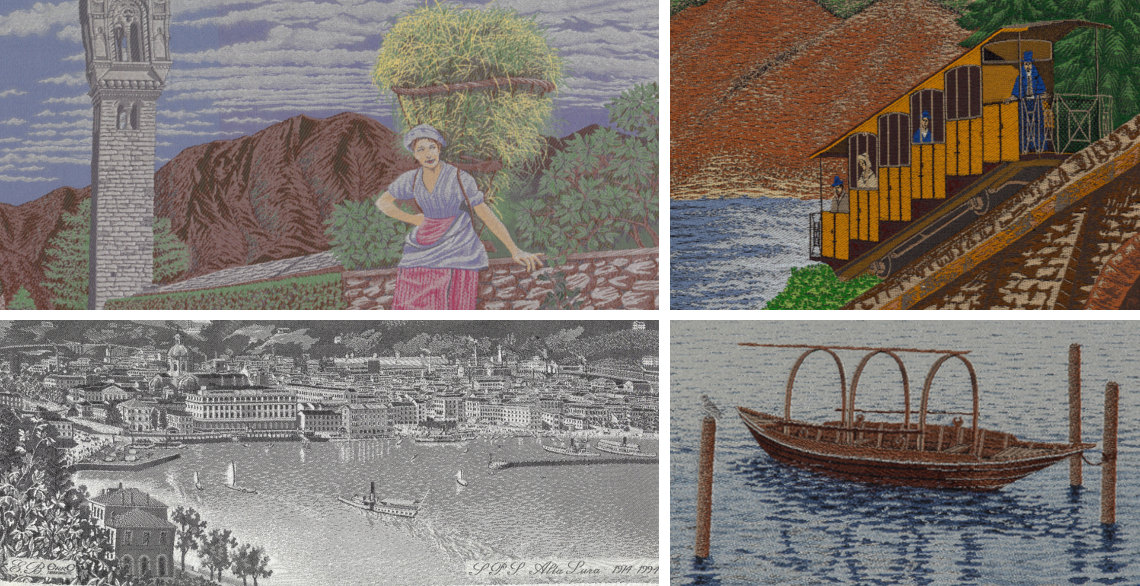 in collaboration with SUSANNE HISSEN and ANNA BIANCHI

In 2018 a new collaboration is achieved: the original artwork BALDACHIN by CHRISTIAN KATHRINER used to decorate the NEW GUESTHOUSE HERGISWALD in Hergiswald (Obernau, Svizzera). 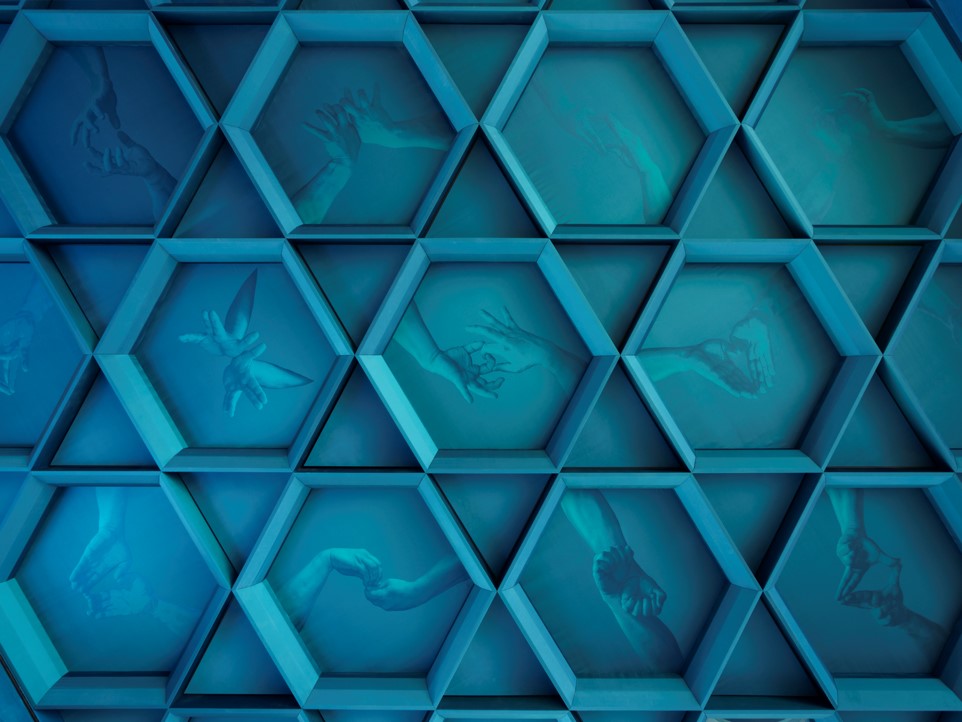 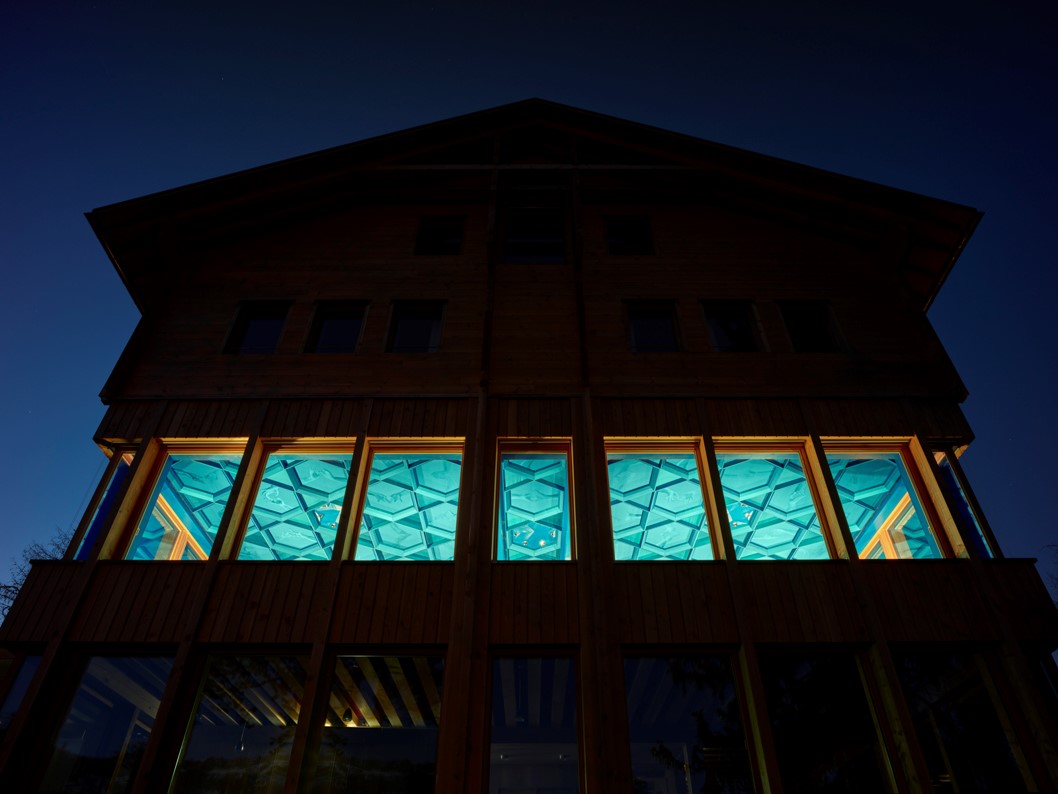 The new guesthouse at Hergiswald is a wodden architecture which has been constructed on the foundations of the former guesthouse from the 18th century. Two floors consisting of restaurant and banquet hall are crowned with a log construction accommodating guestrooms and flat of the landlords.

The banquet hall is hold completely in blue and is crowned by a coffered ceiling made out of pure silk. In the consisting fields 76 different pictorial representations - various positions and gestures of two hands - are realized as silk damask fabrics.